ARE YOU Aware of these 13 Bad Booth Staffers?

He did what?  She said what?  And in our trade show booth? Really!

You may be surprised at the Booth Staffers Behaving Badly that goes on at trade shows.  Or, maybe not, since you’ve had to endure it yourself; staffers so bad they were actually dragging down your corporate image, losing more business than they brought in.

Unfortunately, there always have been, and always will be staffers who behave badly.  Here’s a rogue’s gallery of unprofessional perpetrators:

The Networker:  The Networker spends most of his booth staff shift talking, but instead of having concise conversations with clients and prospects, he whiles away the expensive show hours talking with other sales people, corporate management, and anyone else who will listen -- as long as he doesn't have to actually take a lead.

The Fire Hose:  Instead of asking attendees good questions, listening for specific pains, needs, and goals, and responding with an appropriate presentation, the Fire Hose lets loose the same unending stream of corporate speak, drowning the attendee with irrelevant messages.  They offend your booth visitors and wash away your return on investment at the same time.

The Wall Flower:  While being an introvert is no barrier to great booth staffing, a Wall Flower lacks the courage and initiative to start a conversation with passing attendees.  Staffers that wait on the sidelines for attendees to walk in the booth will get a small fraction of the leads of a staffer willing to engage visitors in the aisle.

The Debbie Downer:  While constructive criticism is essential for growth, Debbie Downers are permanently parked in a dark place. These perpetually pessimistic people are a danger to your company's brand, as they drag down their fellow booth staffers by their continuous complaining about each and everything possible.  They don’t exactly light up the world with prospects, either!

The Invisible Man:  While not activity destroying your brand equity through poor performance, The Invisible Man (or Woman) doesn’t show up for their booth shift, leaving your remaining staff to pick up the load, and lowering your lead count potential. Even worse is if your Invisible Man has essential, unique expertise, such as demonstrating a new product. 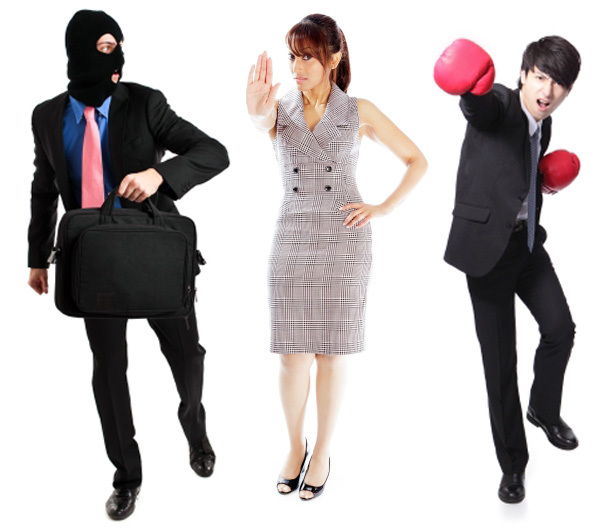 The Ghost:  Unlike the Invisible Man, the Ghost is physically there, but … not really.  They are actually on their phone, or on their computer, busy taking care of other business instead of staffing the booth.  So attendees can see the Ghosts, but not really touch them. Wasting the rest of your trade show investment.

The Scanner:  The Scanner is focused on only getting lots of leads for leads sake, so they relentlessly pursue attendees just to scan their badge – and then fail to engage the attendee any further.  They just want to scan the next person, and the next, and the next – so you have plenty of leads, but none that are qualified.

The Robot:  The Robot is unable to make an emotional connection with booth visitors, to find out what they care about, or strengthen the company’s relationship with the prospect. The Robot may only feel comfortable speaking about specifications, technical details, facts and figures.  While technical details are very important, it also takes a human touch to make visitors feel welcome.

The Thief:  The Thief steals leads, pocketing them without reporting them as from the trade show, rather than respecting the company’s need to track valuable leads to measure their true trade show ROI.  Worse yet, they steal leads from outside their sales territory.  Swiper, no swiping!

The Lump:  The Lump is an inert blob of flesh and bones, sitting in the booth with a glazed look over their eyes, doing nothing.  The Lump does not engage with attendees, does not talk to people who just grabbed a free pen, but only answers questions with one-syllable words, or maybe even just a grunt.

The Attacker:  Hey!  The Attacker Is Very Intense!  They Grab People Out Of The Aisle!  They Don’t Take No For An Answer!  These Booth Staffers Will Scare And Annoy Your Potential Customers!  Because They Don’t Know The Difference Between Assertive And Aggressive!

The Liar:  The Liar thinks that they should get every trade show lead they can, even if that means stretching the truth beyond the breaking point.  The Liar misrepresents your products’ capabilities, your company’s capabilities, and what your competitors can and can’t do.  Which will harm your company reputation when the truth is inevitably found out.

The Supervisor:  When The Supervisor is on your roster as a booth staffer, they unfortunately think that actual booth staffing is below them, so they sit on the side and “supervise.”  They don’t know that at the best exhibiting companies, everyone from the CEO on down wants to staff the booth, to drive more sales, get more direct customer feedback, and improve your company image.

Sure, no one is perfect, and you can find similarly flawed people in just about any business.  It’s just that behaviors by bad staffers like these are amplified in the high-pressure, high-value trade show environment.

Get this free book containing 34 articles, half geared to increasing skills and perspectives of individual booth staffers, and half for the trade show manager who must prepare the booth staff for their company. 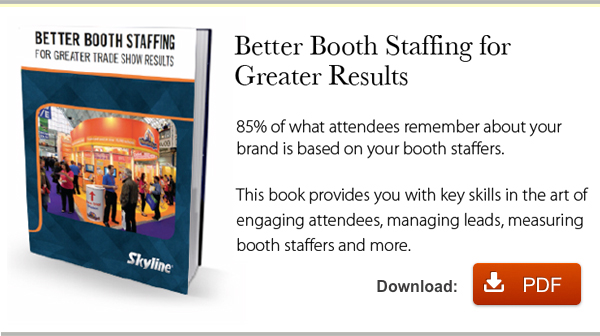 WHY NOT EXPERIENCE THE DELIGHTFUL?

BATTLE FOR INNOVATION: HOW DO YOU WIN IT?